Do you have an easily distracted child? Do you send him (or her) off to do a chore and before you know it he’s off gallivanting in a world of his own? We had one of these amazing kids! The good news is he’s now an even more amazing adult!

See if you recognize this scenario…your child has little to no attention span, has absolutely no interest in getting his schoolwork done, can’t focus on anything EXCEPT what he IS interested in, and forgets to follow through on simple household tasks. We can totally relate! This was our eldest son. Initially we thought he was being downright disobedient, and for that he received more than his fair share of spankings. As we came to better understand him, however, I came to regret some of those spankings. Not ALL of them mind you, but some.

God had blessed this sweet child with incredibly creative, artistic gifts, yet these were the very things which caused him to struggle in the face of everyday responsibilities. It wasn’t that he deliberately wanted to disobey us. It was just that his imagination would get the better of him. While trying to focus on something like math (in which he had little interest) his mind would wander, and before he knew or could help it he was creating a world of imaginative characters, storylines, and pictures. And who could blame him? If I had even a tenth of his imagination I would have joined him! Unfortunately, a few of those characters wound up carved into the top of an antique desk where he was supposed to be doing his schoolwork! Ooops! Time for a lesson in defacing other people’s property…and another spanking.

I do have one thing to thank him for, though. It was, in fact, his creative personality which first drew us to the idea of unit studies. A kid like this was going to need a regular break from traditional textbooks and a learning environment in which he could thrive. Unit studies provided him with the opportunity to learn in a creative way and grow a healthy, academic self-image. Unit studies also helped us put his creativity to use in the form of hands-on assignments, creative writing, poetry, drama, and of course art…lots of art! For our family that meant setting aside one day each week for a creative, hands-on, unit study day and saving the subjects he found more difficult to concentrate on for the rest of the week.

But, what about the REST of the week? He would have to learn to focus. Life after all wasn’t always going to be fun and interesting. To be successful in life he would have to be disciplined. That would take both time and patience on our part. It would also mean helping him modify his behavior…and us modifying our own.

We learned the importance of giving our easily distracted son regular recess breaks. Besides, the good Lord in all his wisdom never designed young children to sit with their heads buried in books for hours at a time. He designed them to play, romp, discover, and explore…especially boys! With that in mind, we gave our son 15 minute recess breaks between subjects and alternated subjects he found more laborious with those he found easier. We also tried to think outside the box whenever possible, by providing him with creative, hands-on alternatives for grasping new concepts. After all, we not only wanted to develop his creative talents, but to instill a love of learning, as well. 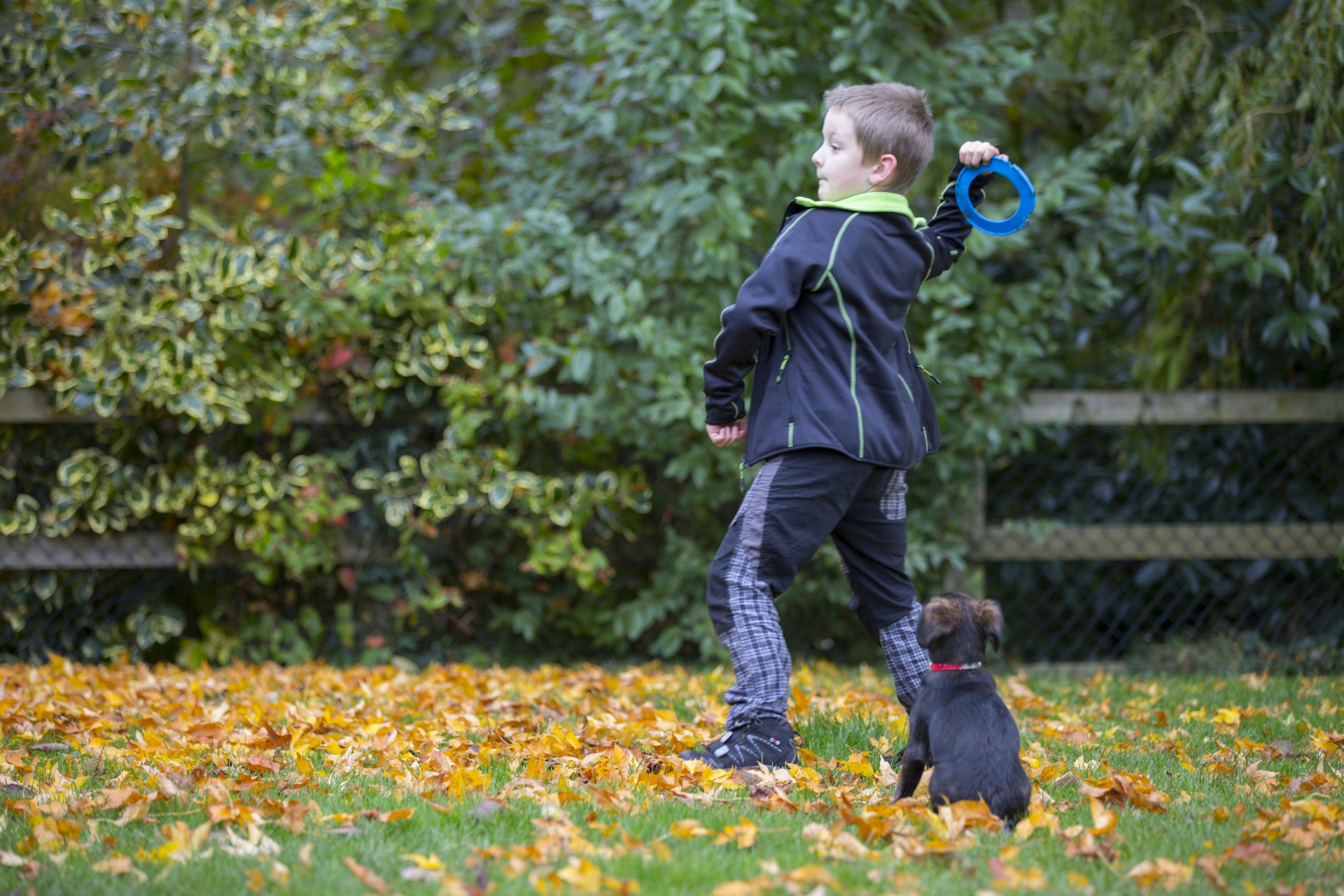 Of all the subjects we covered, math was definitely his biggest challenge. It wasn’t that he couldn’t do the work; he was just terribly bored by it. So, as we waited for him to mature, I accompanied him while he completed his math lessons. We also required fewer math problems of him. For instance, if a lesson called for doing twenty math problems, we had him do ten of them. If he mastered each one he was done. On the other hand, if he did get some wrong he had to correct them and do that many more of a similar problem for extra practice. This was motivation enough for him to strive harder to do his best and be more attentive to detail.

To help him in the area of chores, we quickly realized we couldn’t just shoot multiple things off the top of our heads and expect any one of them to get done. We had to assign one task at a time and have him say the task aloud until it was done. Over time, he was able to remember and accomplish two assigned tasks without his mind drifting off to imagination land. But, it didn’t happen overnight; it was a long, slow, steady process. In the end, he learned to make lists and check off each task as he completed it. As a young child, our son’s lists looked far different (and cuter) than his lists today. They consisted of pictures he had drawn representing each task assigned and checked. Picture writing was just one of the many ways we tried to think outside the box, in order to ensure our son’s success.

His wonderful imagination often got in the way of him being able to sit still too. So, as I read aloud to our children I allowed him to draw, color, or build with Legos on the floor in front of me. He was still absorbing the story and we were actively conversing about what was happening in the story, but keeping his hands and mind occupied helped him settle both his body and his mind. Had he been in public or even private school, he would have never enjoyed such liberties, but we had the opportunity to tailor his educational environment to suit his and his brother’s individual needs. Isn’t homeschooling WONDERFUL?

Reading was an area where he enjoyed even greater freedom. As a beginner reader, he showed signs of struggle. To our dismay we found him flipping letters every which way! P’s became b’s, and b’s became d’s, and vise versa. We noticed, however, that this occurred far more frequently with curriculum readers than with books he had personally chosen from the library. Once we began utilizing the library as our primary literature resource and allowing him to choose his own books, his interest level skyrocketed and his reading improved dramatically. From then on the library became a treasured, family friend. 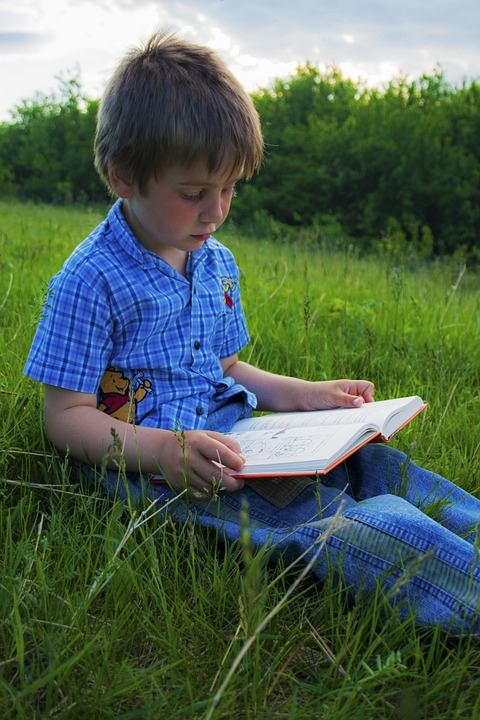 Writing and spelling were also a struggle for this active, easily distracted, little boy, but as he developed and matured he improved in these areas too.

Throughout our homeschool journey, we provided our son with supplies and opportunities to sharpen his natural skills and with the necessary love, patience, guidance, and time to develop others. Upon graduating, he went off to college and earned a degree in graphic design. Today he uses that degree to among other things create our Once-a-Week Unit Study book covers. His passion, however, remains the same as it has since childhood…creating cartoon characters and storylines. Many of his characters are, in fact, alive and well today in an online comic strip he and an English professor and friend have developed.

I believe God gives us windows into our children’s souls, if we will only look beyond the panes and provide them with the keys they need to succeed. Time, love, guidance, patience, and perspective are all keys to their success…and ours. As our children grow and mature, things which once caused them distraction (and us frustration) slowly begin to fade and become less of a hindrance. God gifts each of our children according to His grand design for their lives. Our job as parents and teachers in the midst of our children’s distractions and weaknesses is to keep a proper perspective. Do you remember the desk I told you about; the one into which our son had carved his characters? Like that of his early childhood distractions, decades have long since worn away the etchings which had once been a source of frustration to me. Sadly, only the age-old wood remains, his precious engravings faded. Oh, what I would give to be able to see them again. Time and perspective are everything!