For everyone who has ever done a Once-a-Week Unit Study you know how much I love to make history fun, and how I also like to incorporate interesting trivia. So, just in case you and your children don’t already know the true history of Saint Patrick, this should provide you with a healthy dose of historical trivia… 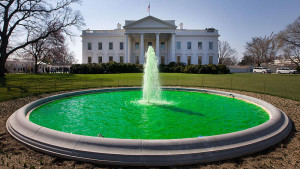 Every March, people across America celebrate Saint Patrick’s Day, while donning crazy green apparel emblazoned with shamrocks. They attend parades and assorted events. City officials dye their rivers emerald green. Even the White House gets in on the action! Unfortunately, many also use the day as just another excuse to party. But, did you know that when we celebrate Saint Patrick’s Day  we are actually celebrating the life of a slave, who devoted his life to spreading the gospel, and…get this…wasn’t even Irish?

Patricus is thought to have been born in Britain, on March 17, sometime during the fourth century. At that time, Britain was under Roman 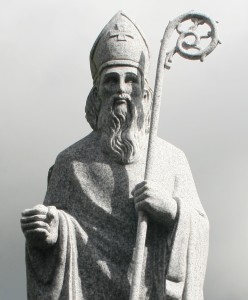 authority. Patrick, as we now know him, was born to a wealthy Roman family who owned slaves. But, the tables would soon be turned. When Patrick was only sixteen years old, Irish pirates and slave traders raided his parent’s home and carted him off to Ireland where he was sold into a life of slavery.

As a slave, Patrick faithfully served his master. Patrick’s main task was to shepherd his master’s sheep, but he also devoted this time to prayer and developing a deeper walk with God. Six years later he escaped. After walking some two hundred miles, he came upon a sea captain who kindly agreed to provide him safe passage back to his homeland.

But, even after all he had been through, Patrick did not allow his years as a slave to make him bitter. Instead, Patrick dedicated his life completely to God and spreading the gospel. In fact, when he was around forty years of age, Patrick even went so far as to return to the land of his captors for the purpose of doing just that. Due of his faithful efforts, Celtic Christianity flourished and he is known to this day as “Ireland’s apostle.”